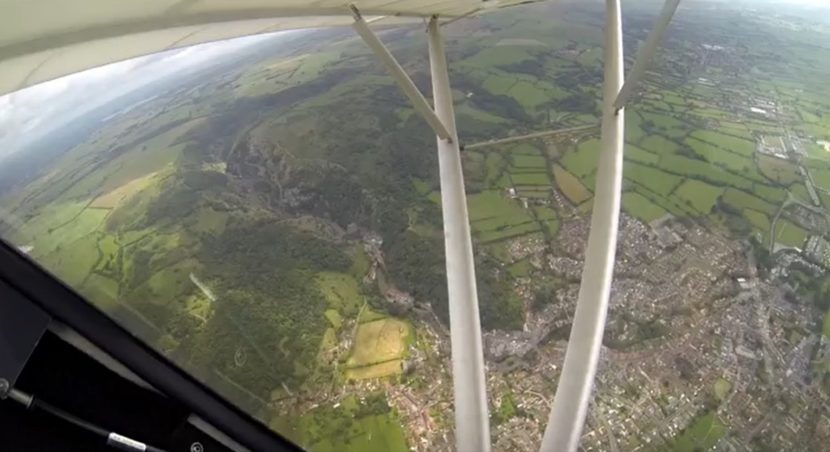 On 6th July 2020 I took a trip out west to fly over a feature I have visited on the ground many times before but never in the air. On the ground, it must be one of the most awe-inspiring sites in the UK – Cheddar Gorge. It has been one of those places on my bucket list and with a break in the weather to venture west, I grabbed the opportunity to do so. Here’s a trip report with some useful details for others, if you fancy doing the same thing.

I planned to head north-west from Popham, duck south of Bristol’s CTA and fly north to south over Cheddar Gorge, returning to Popham from the south-west. Here is the route plan and my track thanks to SkyDemon.

It’s a squeeze over Cheddar Gorge as you have to be below the lip of Bristol’s CTA at 3,500 feet, the CTA at 1,500 to the north, high-level ground below and an active glider site south-east of the gorge. If I was to do the trip again I would probably do it the other way around to make the view better for passengers but this way round was good solo, allowing for a good view on my side! 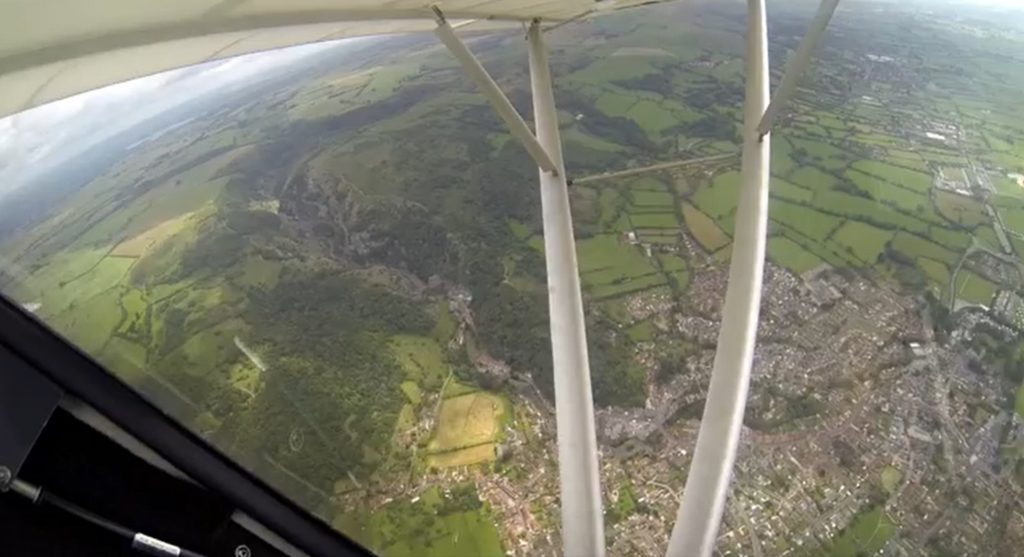 Windy! At Popham the estimations were around 12 knots gusting 22 knots. On the edge of the C42’s POH limitations. If you don’t feel confident flying in such conditions, don’t. Wait for a less lively day. The take-off was smooth but the ride to and from was very bumpy due both to the wind and the thermals. The approach and landing were also challenging, requiring plenty of ‘soup stirring’, concentration and adjustments to power. Here’s F215 for the day, as you can see, Zone C and I was expecting cloud to be around 2,500 and 3,000 feet based on this and the estimations I made using Skew-T graphs in the days leading up to the flight. This was pretty accurate. Over Popham cloud base was around 3,000 feet and down to 2,400 over Cheddar but had lifted to 4,000 on my return to Popham. There was a 20-30% chance of showers to the west and although there appeared to be a few blips on the rain radar before heading off I was confident of the weather reports. I encountered no showers and those that I suspected, moved out of my path during my journey.

I am a big fan of getting a service wherever I am and can. Unfortunately, Bristol radar doesn’t provide a LARS but during the week Boscombe Down Zone does. So once I was clear of the circuit at Popham, I plumbed in their frequency and requested a basic service. They stuck with me the entire route until I returned to Popham. This was great as it meant no jumping between frequencies and changing squawks. They did ask several times how far east I was going but as I was clear on distance, they left me on frequency. That might be different if it was busier. In fact, it was so quiet, they provided me with a traffic service, providing me with traffic information several times throughout my outbound trip. Very useful and very easy to use. Especially when I was flying near Bristol’s airspace.

On approaching Bristol I could see Wells mast in the distance ahead, Bristol to the right, the lakes and even Wales. I could also see the River Severn, Severn Bridge and the Prince of Wales Bridge too. A lot to take in! 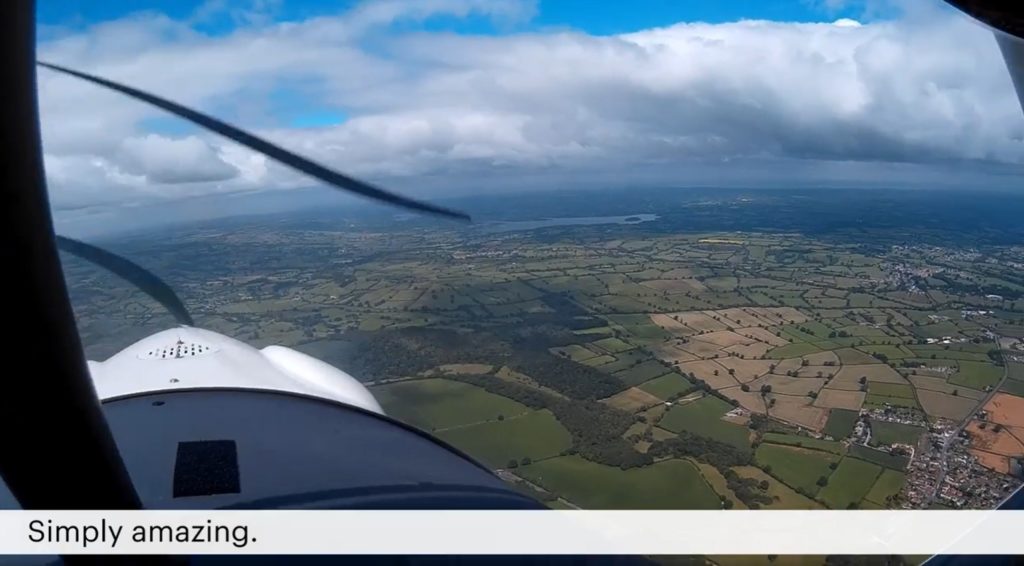 During my initial call to Boscombe I didn’t mention requiring a MATZ transit as it was an hour or more before I would need it. On my return leg, approaching the eastern ‘stub’ Boscombe Zone hailed me and asked about my routing. I asked if I could go direct to the south of Alderbury VRP and they approved and to report Alderbury. I had some initial discussion with them about my height but they had no incoming traffic and were happy with whatever height I chose. On doing so, I then requested MATZ penetration direct to Popham which was also approved allowing my shave a little distance from the trip between Morgan’s Vale and Popham.

I asked Matt for 40 litres to give me plenty. The flight lasted 2 hours and 10 minutes from take-off to landing and I landed with around 15 litres. That’s about 12-13 litres per hour, as expected, although I always base my fuel calculations on 15 litres per hour. I sat at around 7,400 on the rev counter for most of the flight averaging 70 knots IAS. The wind was on the raunchy side which meant outbound my ground speed was slow at 45 to 50 knots. I felt like a steaming rocket on the way back though!

A fantastic 2 and a bit hour flight with some great views and easy radio work. Recommended as a trip for those looking to go further afield and stretch their wings.

Disclaimer: This article was written for information only and was up to date at the time of writing. Please always ask a qualified instructor for more information and discuss airfield operations and the use of aircraft equipment with a suitably qualified person.