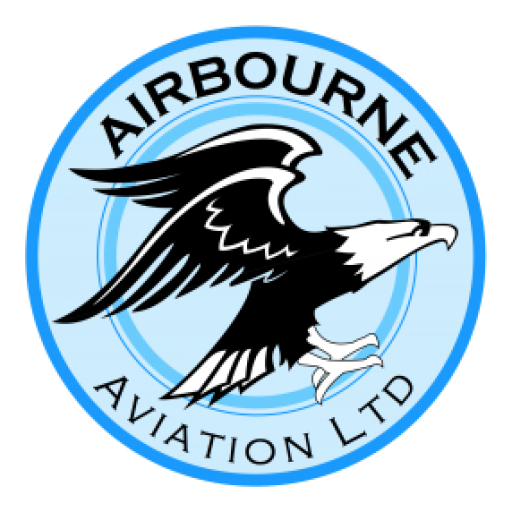 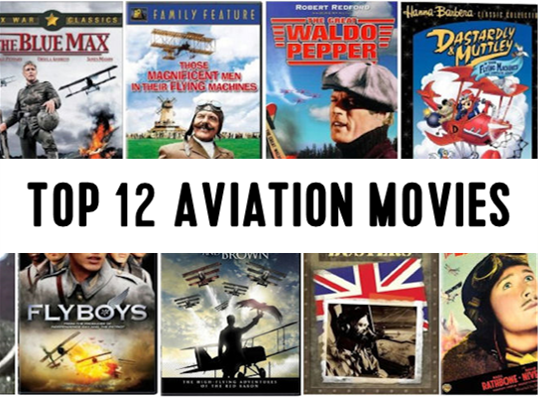 As the lockdown continues we need something to while the hours away with something aviation related if we can’t do so, in the air!

Here are our top 10 favorite aviation movies, or rather, our favorite movies that feature a big emphasis on aviation!

You’ll find some modern releases and some golden oldies, including some of the classics that simply cannot be missed from a top 10 movie list.

Where possible, we have put some information on where these movies can be watched too, if like me, you read a list like this, you will be left wanting to watch at least one of them!

Released in 1969 and directed by Guy Hamilton, this just has to be one of the greatest aviation-based films ever made.

If you have Amazon Prime, it is available on that platform as part of the MGM package (an add-on) and for free as part of a trial offer. Of course, you can purchase it on Amazon as a DVD for as little as £2.75.

Google Play doesn’t yet have it available for purchase unfortunately.

A 1995 release from director Robert Markowitz, this movie deserves a shout because it is commonly overshadowed by the 2012 version of the film directed by George Lucas called ‘Red Tails‘.

Telling a true tail of black pilots in World War 2 I feel this version, the original, tells a much stronger story of the pilots.

Whereas the Lucas film of Red Tails is more of a fast paced action version of the story.

Directed by Tony Hill, released in 2006 this film had a budget nearly as big as that for Jurassic Park.

It has some excellent aerial scenes, some reasonable actors including Jean Reno and James Franco.

Available from Amazon at £7.99 to own digitally, Google Play for the same amount. Available on DVD for less than £5.

If not for the story line then for the breath-taking scenes and cinematography.

A story of friendship and love veiled by the horrific battle of Pearl Harbour.

A great cast and a good breadth to the storyline with the arc stretching from the English Channel to Hawaii and across to Japan following the tale of two pilots and their love triangle.

Oddly, I couldn’t find it available on NOWTV or Netflix.

A little closer to home in our own General Aviation world is Sully, released in 2016.

A biographical drama of Chesley Sullenberger and his copilot when their A320 experienced a bird strike and they made the decision to ditch in the Hudson River rather than turn back.

Sound familiar to anyone practicing for their skills test?!

Not available on NOWTV or Netflix currently.

Released in 2008 from director Nikolai Müllerschön, a fascinating telling of the famous Red Baron pilot of WW1 fame.

An entertaining story of the Red Baron with some excellent aerial battle scenes.

Not available on Google Play, NOWTV or Netflix unfortunately.

7. Sky Captain and the World of Tomorrow

I consistently get a ribbing for being such a fan, but it’s great fun centred around an over the top British pilot, played by Jude Law, flying about in a P40 saving the day.

It is like Superman for aviator fans and something from a 10 year old’s imagination.

Unfortunately, I couldn’t track this bad boy down on Netflix or NOWTV.

I have not yet seen this one but I have included it because of what I have read.

More of a documentary than a film, so arguably, it shouldn’t be on here at all.

Other than being about GA, the main reason for placement on here was the film work and cinematography.

The program has a reputation for having some simply magnificent aerial shots and sequences of GA aircraft, so with that in mind, it has to do on the list.

A tricky one to track down for viewing but I did find it available on Amazon as a DVD for £22 which I thought was a bit steep.

If you have it, you may find it on the Apple iTunes store.

9. Those Magnificent Men in their Flying Machines

A 1965 comedy about the London to Paris air race of 1910 with some incredible aerial stunts.

If you happen to be so inclined, it is worth doing some reading about the background to the film too.

There were some rather precarious reconstructions of period aircraft!

Available from Google Play for £7.99, Amazon Prime for the same, it is available on DVD but I would look around as it is £16.50 on Amazon.

Unfortunately, I couldn’t find it on Netflix or NOWTV.

A 1965 WW1 story of a somewhat macho and overzealous German pilot in WW1 as he strives to achieve the coveted ‘Blue Max’ medal.

An action packed storyline with lots of great combat scenes and stunning air to air filming.

Available from Google Play for £5.99, Amazon Prime for the same and DVD for about £8.

Released in 1975 and directed by George Roy Hill, set in the 1920s after WW1 when an American pilot and German ace hook up to perform some incredible aerial stunts.

It features Robert Redford and Susan Sarandon, with some very impressive aerial photography that is mentioned in many of the rave reviews.

You can grab this on DVD for about £13, it is available on Amazon Prime for £7.99, and for the same on Google Play, but not available on NOWTV or Netflix.

This is another one that probably shouldn’t be on here.

It’s not a film, but a series.

But, it’s a really good series, with some great scenes, a reasonable storyline that’s interesting to follow, and some interesting characters.

Released in 1988 and based on a 1983 novel of the same name written by Derek Robinson it follows characters from Hornet squadron in the early days of WW2.

I can only find this on DVD for £9.20, and it does have excellent reviews!

Okay, so you may be saying to yourself ‘there are a few you missed’. Maybe. You may have noticed Top Gun, Memphis Belle, The Aviator, Flight and several more don’t appear on the list. Don’t get me wrong they are good movies but I thought the above were worth more of a mention for being the underdogs of the aviation movie genre.

I would also like to make a humble mention of The Wind Rises, Dark Blue World, Midway, Dunkirk, Hurricane and 303 Squadron.